Home » Technology » APPLE GROUP INTRODUCED A NEW IPHONE WITH GOLD PLATTED.
Apple company introduced a new iphone which is going to be

presentation on September 10th, 2013. It is designed with three different platted black, white and gold. Apple were the first company to launching iphone with gold color material.
However, news from TechCrunch and AllThingsD, the iphone with gold platted will combine black and white as options for next generation. It has white face with a golden tone on the backside and also at the edges. 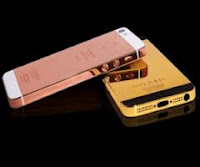 This gold platted iphone leads a biggest success in market, says Tim Bajarin an analyst at Creative strategies. Apple group is estimated to launches a successor to the iphone 5 and plastic iphone for consumer.

The iphone consists of faster processor, long battery capacity and clearance with camera. It also has new fingerprint technology.

Security for iphone is must among people. There were many iphones lost or stolen, for that purpose Apple procure security firm Authen Tec in 2012. It contains the AuthenTec's Fingerprint technology, says Bajarin.

The phone contains Operating System, iOS7 which had a new 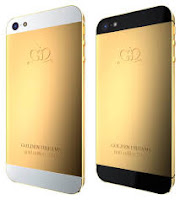 technology that if a phone been lost owner it sends a signal to the phone and it will automatically turned into useless box.
Apple is the only group who introduced many new smartphones in market among Samsung and other products.

Follow by Your Email Every Day New Trends Update